Others who have experienced it will certainly agree with me that it is the most enjoyable experience. It has the capacity to keep you awake for hours together without resorting to energy boosters like coffee 🍵.

And you get to enjoy the various different operas sung by the very talented dogs. Some of them just bark whereas some will show the full range of their opera skills.

And if the night is really quiet then you can identify the locations of each team of dogs. Sometimes the mawali type of dogs are joined by their middle class siblings.

Then the street operas get their echo from the surrounding buildings. Sometimes such barking competitions degenerate into biting matches.

Then the barks are accompanied by screeches and screams. When you hear such haunting melodies you certainly won’t feel l like sleeping in a jiffy.

You see your loved ones sleeping peacefully. They sleep peacefully since they are unaware what heavenly music they are missing.

And when these barking competitions finally stop, maybe due to tiredness of the competitors, you are also assured of a good morning sleep.

Hard luck that others are just waking up to face the daily human competitions, whether in office or on the playground. After all if the dogs don’t interfere in our competitions then why should we! 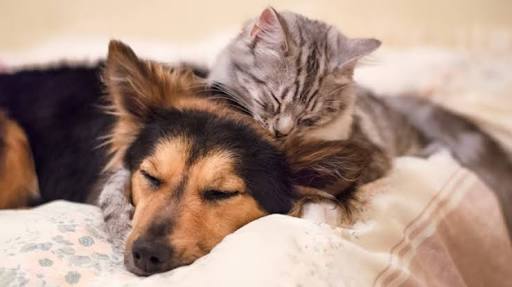 Research says that dogs are more intelligent than the cats. But who will tell that to the cats!

Many times on social media, you will read that the smart people stay silent while fools chatter away. It is on the same social media that, cats are the reigning superstars.

While dogs are emotional fools, the cats are true drama queens or tantrum throwing divas.

When you observe a cat, you will see her engrossed in herself. She is either grooming herself or being selfish for her food. And can she manipulate! All her actions are designed to emotionally blackmail her owners to part with food.

Her meows range from almost begging to demanding to commanding. If that doesn’t work, she rubs against the owners legs and purrs with contentment. That is sure to melt the heart of any strong headed owner.

When she sits, her pose can range from a majestic one like a tiger, like resting on its side with the legs on one side, to the typical kitty pose where the paws are close together and the back is arched cutely. When she sits in this pose, she is constantly blinking it’s eyes in slow motion. Cuteness personified!

She is a Lone Ranger and aloof but at the same time can play with the owner. For playing, anything is game from a bouncing ball to a string. But while playing also, she is actually trying to hone her hunting skills. If you don’t believe, please observe her as she hunches and lowers itself, her pupils dilated and ears pushed forward, followed by the most graceful launch with the springing of her hind legs, to catch the toy or the prey.

When you observe a dog, he appears like a monk who looks at you with the most admiring eyes.

There is a genuine love for you, which is well manifested, especially when you return from the shortest of absences.

The dog is always ready for a hug and a slurping lick with his tongue. He doesn’t constantly beg for food but will eat when served. He is also much more patient animal than a cat.

The dog loves the outdoors and enjoys a bath, unlike a cat. Why cats hate water is a big mystery to me, they have almost a pathological fear of water.

While dogs are social animals, the cats are loners. Dogs can be very protective about the human babies, while cats can just about tolerate them.

Finally dogs have much more neurones in their neurological system as compared to cats making them more intelligent and empathetic.

No wonder dogs were friends with ancient humans from times immemorial, while cats were put on a pedestal and worshipped, like in ancient Egypt.