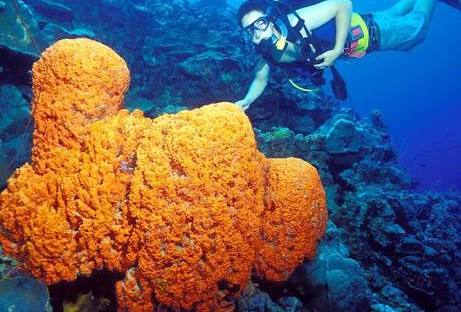 It’s been proposed by some scientists that many millions of years back, humans and sponges shared a common ancestor! I was shocked on reading this but then I reflected on this surprising theory, and finally I was convinced.

The sponges do not have a digestive, circulatory or nervous system. Instead they depend on water constantly flowing through their body for obtaining food and oxygen and removing wastes. They don’t have tissues and organs and lack body symmetry.

Considering all this I was surprised to read that humans and sponges shared a common ancestor. But then there are many specimen of humans who do share some of the characteristics of sponges.

Let’s see what they are…

Some humans are spineless characters just like the sponges. They lack courage or strength and try to escape any sort of confrontation, especially with their wives. They agree to whatever is decided by their wives, if only to live another day in tranquility.

In the office space, they soak up all the abuse from their bosses just like a sponge. Their only aim is to protect their means of income so that they continue to put food on the table at home.

Some are gutless and lack courage to take decisions. I think everyone knows who they are.

If sponges depend on constant flow of water through their body, some humans depend upon constant flow of alcohol through their body to survive. And miracles miracles! Free flowing alcohol allows them to overcome the above spongy shortcomings, and they are no longer spineless or gutless, albeit for a short time.
And there are quite a few who lack body symmetry with spindly hands and legs but a protruding pot belly.

So folks, when you next see such characters, please remember that a sponge is your sister species, and both of you have a common ancestor.

3 thoughts on “Common ancestor of humans and …sponges”