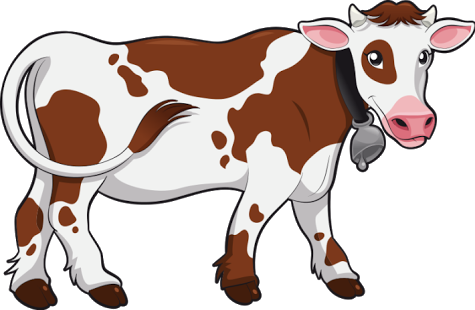 As you all must be knowing, in agricultural fields across India, cattle manure is used as a fertiliser. Till recently, the cost of one truck manure was about Rs. 1500/-, which today costs about Rs. 7000/-. Why did this happen? What caused this steep increase? Is the cattle population going down? Or the reason is something else?

The Chief Minister of one state of India has decided to get to the root of the problem. He has instructed all his babus in his state to feed him data. And what is the data? Conduct census of all the cattle population in the state. Though a difficult task, the babus got down to business. They made all the plans to visit each village household, each Tabela, et al to get the number of cattle and update their boss. But the next instruction of their boss, made them sweat. And smell!! Why? They were expected to not only count the cattle but also to measure their valued dung, discharged by the Cattle! The reason, allegedly, was that the boss, wanted to know whether the supply has gone dry or whether the middle men were hoarding the dung. Though I fail to understand, in which smelly room, was the dung being hoarded. The babus were really stumped with this quixotic requirement.

Let me try to help the babus in achieving their aim, which is to measure the valuable discharge. Here goes…

1) Give data sheets to owners of cattle to do the dirty measurement, which should be submitted in government offices, every week. And as a motivation to the owners, dole out free gloves and weighing scales…
2) Entrepreneurs to manufacture intelligently designed diapers for the cattle. The diapers to be very spacious to hold the valuable contents, which can then be weighed easily. Won’t be surprised if the entrepreneurs turn out to be part of the family of the babus.
3) But if no one doesn’t want to touch the discharge, here’s another solution- weigh the cattle before and after their discharge. The difference in weight, is the weight of the discharge.

So there, I have finished with my contribution to a noble cause. I am sure, the Indian agriculturist will be greatly benefited by my contribution and I am nominated for the next Ig Nobel prize.

With tongue firmly in cheek.