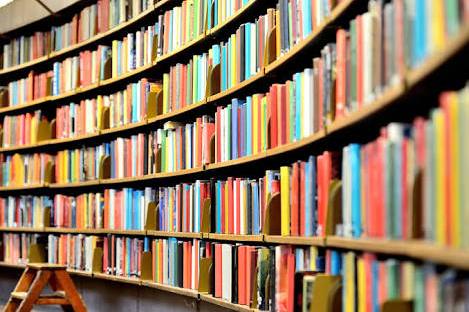 Recently a library in New Zealand had to un-install a buzzer from outside their premises. Apparently this high frequency buzzer had been installed by them to get rid of bullies who did not allow the students of the studious variety to study in peace peacefully. In short they were a nuisance to society. But the authorities decided that the buzzer itself was a nuisance since, in addition to the bullies, to get rid of whom it was meant for, it disturbed the students too. And it was said to violate the fundamental rights of the bullies too. And , what may we ask, are the fundamental rights of the bully? And mind you, it was not any library attached to a college or something, it was a public library.

In India, there is no such need for a buzzer to get rid of such bullies, especially in a public library. Since, first of all, the public library is usually situated in a real public place, which is quite noisy in itself, that there are not many patrons for it. Usually such libraries are bang in the middle of the vegetable markets thus the major study which happens is, “potato 100 Rs. A kg.”, etc. If a person goes to study physics, the only knowledge he will gain is, how the vegetable prices go on rising defying the laws of gravity. And if he goes to study the mechanics of flying rockets, he will be brought harshly down to earth, by slipping on a banana peel on the way. I know of a public library in Thane, which is located near a fish market. It is a good place to study about the edible aquatic life and also the local names of all such fish. But then you should be able to survive the olfactory onslaught on your senses. And you can also learn about haggling of the highest order. Another library that I know of is situated bang inside a cloth market. Here you get good knowledge of the traditional Indian sarees like Kanjivaram, Paithani, Banarasi, etc. and the latest trends in fashion industry. To keep things short, there is no need of such buzzers near our public libraries since the job is done very efficiently by the very fact that they are located in real public spaces. One must say too efficiently, since the patrons too keep far away from them.

This is a text widget, which allows you to add text or HTML to your sidebar. You can use them to display text, links, images, HTML, or a combination of these. Edit them in the Widget section of the Customizer.
<span>%d</span> bloggers like this: